Simplifying industry speak one #TechTerm at a time

Simplifying industry speak one #TechTerm at a time

Understanding the plethora of Tech-related Terminology can be a positive step towards understanding and prioritising your IT requirements as well as evaluating the most effective IT solutions.

In the definitions below, we’ve used our own words as well as drawn on the explanations of others to hopefully simplify and shed light on some industry speak for you – one #TechTerm at a time.

A defensive technology designed to keep the bad guys out. Firewalls monitor incoming and outgoing network traffic and decide whether to allow or block specific traffic based on a defined set of security rules. They can be hardware or software based.

Software that is specifically designed to gain unauthorised access to a computer system with the intention to disrupt, damage or generally wreak havoc on a computer. Common forms include viruses, trojans, worms and ransomware.

A piece of code (or malware) which can copy itself and aims to corrupt, erase, or modify information on a computer before spreading to others.

A form of malware designed to encrypt files to prevent access to a computer system – essentially holding your data hostage – until a ransom is paid.

A piece of malware that downloads onto a computer disguised as a legitimate program, allowing remote access to a computer through a “back door”.

A malicious program that can replicate itself to infect other connected computers. Unlike a virus, a worm can propagate independently without being triggered by the host which generally means it can spread more quickly.

A type of malware that enters a computer to spy on user activity and forwarding this information to a third-party without their knowledge or consent. User activity could include collecting keystrokes or data harvesting (account information, logins, financial data, etc).

Malware that actively hides its presence and allows privileged remote access to cybercriminals. Rootkits are hard to detect, making it possible for them to exist undetected for a long time on a computer.

The practice of sending fraudulent communication (like email) that appears to come from a reputable source, with the intention of tricking you into divulging personal or confidential data such as passwords and bank account information.

A brute force attack is the cyber attack equivalent of trying every key you have in a lock until you find the one that fits. Attackers let computers do the work trying differing combinations of usernames and passwords (or other identification methods) until they find the one(s) that works.

The process of converting data from a readable format to an encoded format to prevent theft by ensuring the data can only be accessed with a key (decryption). Good when it’s used to protect your data, bad when it’s used for ransomware.

Antivirus is a software program that runs on your computer. Its purpose is to scan, detect and delete malicious code within files and stop this code from doing damage.

This type of defence is not effective against a “Zero-Day Vulnerability” attack.

Endpoint – any device that communicates with the network to which it’s connected (like a desktop, laptop, or smartphone.

Detection – in this case, the recognition or detection of viruses or malware

EDR uses Machine Learning and Artificial Intelligence to understand “normal” activity and take action when it determines activity to be “abnormal”. EDR can identify a Zero-Day vulnerability.

A Zero-Day Attack happens when hackers release malware before developers have released a fix for a previously unknown hardware, firmware, or software vulnerability (Zero-Day Vulnerability).

A network of personal computers that are (unknown to the owners) infected by malware and that can be controlled as a group by a “master” to send spam or coordinate an attack such as a denial of service.

Think of this as everyone heading to their favourite retailer for the annual sale; since there are a limited number of pay points, each customer experiences degraded services because of the queues at the tills.

Now picture a bunch of people at the front of the queue, deliberately questioning the price on every item in their trolley, further degrading the usually quick service.

They are essentially creating a situation where other customers are denied the usually good service.

Consider the pay point in the example above, to be a webserver. When a Botnet (See #TechTerm4) is commanded to “attack” a website, the infected machines literally flood the website with requests, so that the webserver cannot respond to normal requests. This results in what is known as a denial-of-service attack.

Cloud computing refers to storing, accessing, processing, or transferring data and programs over the internet instead of your computer’s hard drive. Technically speaking, it’s a collection of computers with large storage capabilities that remotely serve requests.

OneDrive, SharePoint, Google Drive, AmazonS3, and Dropbox are all examples of cloud storage.

Every computer on the internet has a unique identifier known as an IP address, where IP stands for Internet Protocol and it looks like this: 52.49.60.174 (four groups of numbers from 1-255 each, separated by dots).

A group of computers, printers and devices that are interconnected, share a common IP address suffix, and are governed as a unit. For example, your computer is usually part of a private domain at your workplace.

A Domain Name System is the Internet’s system for mapping alphabetic and more user-friendly names (like www.businesstechnology.co.za) to their associated IP addresses, much like a phonebook would match a person’s name to their telephone number.

DNS servers are often the target of Denial-of-Service attacks, since the damage is then not limited to one website, but anyone using that DNS server.

A tool that allows a user to create a protected network connection when using a public network (e.g., a public Wi-Fi network), so that you can browse the internet safely, securely, and anonymously. VPNs encrypt your internet traffic and disguise your online identity.

The Internet of Things (IoT) is a term used to describe “things” that could become connected to the Internet; Usually the item becomes prepended with the word “Smart” indicating that it can store and transmit data; You have heard of Smart Phones and Watches; Soon there will be Smart Fridges and Alarm Systems that can send data, such as order more milk or send the police a distress call and video footage of a perpetrator.

A database of users, associated passwords and permissions that connect the users with the network resources they need to get their work done. This has almost become the de facto standard of permissions management.

An authentication method that requires a user to provide more than just a username and password (like using one-time passwords (OTP) or a fingerprint) to identify themselves and gain access to a resource, adding an additional layer of security that is less vulnerable to theft or a brute force attack.

An operating system (OS) is the most important software that runs on a computer. It manages the computer hardware, software, memory, and processes. An OS can be found on any device that contains a computer – from your phone to a gaming console. Windows, Linux and IOS are all examples of operating systems.

A pool of cloud infrastructure resources (servers), that can provide computing, memory, storage, and bandwidth, in the right amounts needed to meet your business needs.

PrevPreviousManaged IT Services: Is your business ready?
NextCyber security: Identify your weakest linksNext 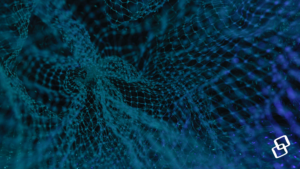 Most people assume their passwords are secure, but in truth, most passwords are extremely predictable. Why is that? Well, most individuals begin with a normal 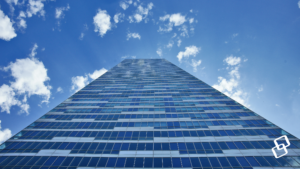 6 reasons to move to the cloud – avoid the stress of flood damage by keeping your head out of the clouds and your business in it.

Natural disasters are unpredictable and most often unavoidable. While insuring the loss of your hardware is doable, regaining lost data and digital assets is sometimes